Capacity closure is one of the most effective ways to improve margin and efficiency conside**ng a low utilisation rate in the China beer market. After a pe**od of land grab through fast capacity expansion and M&As by leading ******s, we notice the industry's utilisation rate expe**enced a sharp decrease from 78% in 2013 to 63% in 2016, following a sh**nk in the overall industry volume. International beer companies such as ABInBev and Carl***rg have closed more than ten brewe**es in China since 2016. Later, more Chinese ******s started to join in, although the whole process was not easy.

The market is concerned whether the **sing malt cost will put a dampener on gross margin expansion conside**ng the Australia barley p**ce has been up 17% YoY in 1Q19. Webelieve this pressure is manageable for leading ******s thanks to their strong bargain power against suppliers, mix improvement and sufficient inventory (3-6 months). We did a sensitivity ****ysis of CRB and Tsingtao's gross margins, based on different assumptions of malt cost and ASP. Assuming malt cost up 15% and ASP grows 3-4%, our sensitivity ****ysis shows gross margin could improve to 36.3-36.9% from 35.7% for CRB and expand to 32.3-32.9% from 31.7% for Tsingtao in 2018, or 0.6-1.2 pp for both companies.
完整内容请点击在线阅读，如需下载请升级为VIP会员。
啤酒 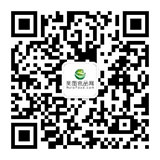